Click on the link below to get ten percent off on any available Broadway show, using the code provided, and then below that, for some select Broadway shows, and beneath that find Black Friday discount deals through Amazon. Then click directly on the ads for free trials for movie channels HBO and Showtime, Audible. Most of the Amazon offers are for Amazon Prime members, but there is also a free trial to become a Prime member. Then check out a Black Friday Dance Party in Times Square!

"Pride and Prejudice" as a musical is such a no-brainer ... how was it not already a thing? Well it is now, and it's available to rent online. Lizzie and Darcy's adventures are extra-romantic when the... Read more 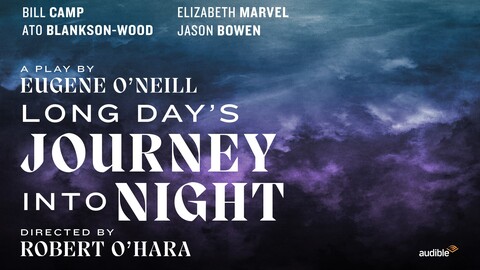 Inarguably one of the greatest dramas in the history of the American theater" (Chicago Tribune), Eugene O'Neill's "Long Day’s Journey Into Night" receives a vibrant and timely update in this interpr... Read more 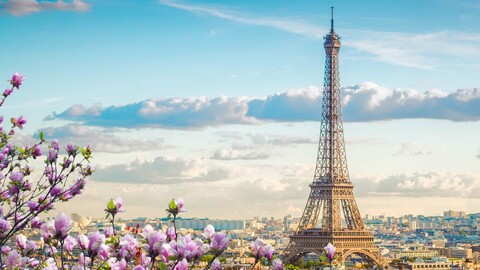 Hello there! Welcome to our Women's Travel Book Club. We read books by women about travel and different cultures. Join us for a book club discussion of "Bringing Up Bébé: One American Mother Discove... Read more

"A Play for Voices" at the Frigid Festival

"A Play for Voices" takes place in the dark, with sparks. It was written at the start of the pandemic, and grows from feelings of loneliness, separation, longing, the tension between hope and despair.... Read more 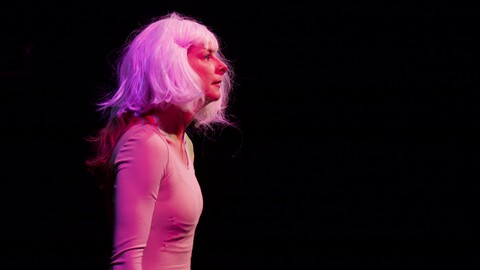 "My Grandmother's Eyepatch" at the Frigid Festival

Join Julia as she attempts to say a final goodbye to her beloved Grandmother, and realizes how fleeting life is, and that it exists to be lived.... Read more 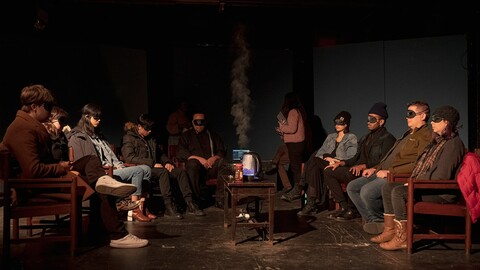 "Pueblo Revolt" at the Frigid Festival

Experience the life cycle of an exceptional but troubled person's birth, life, and accomplishments through an immensely distorted lens.... Read more 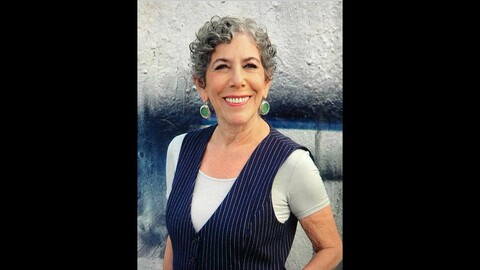 "The Last To Know" at the Frigid Festival

After 40 years of marriage my husband left me for another woman. I discover that he has led a double life for 40 years. This is my story of betrayal and survival.... Read more 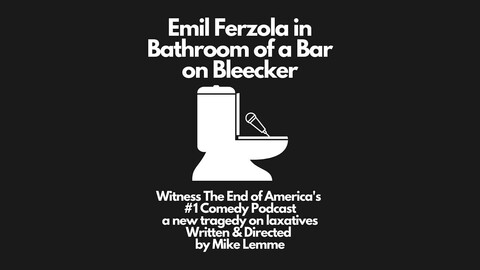 "Bathroom of a Bar on Bleecker" at the Frigid Festival

Emil Ferzola stars in this tragedy-on-laxatives/dark comedy about recording the final episode of America’s #1 comedy podcast live from the bathroom of a bar on Bleecker Street in New York City. Witn... Read more 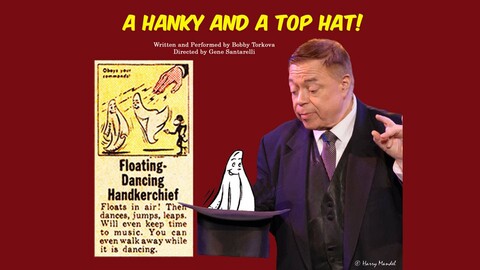 "A Hanky and a Top Hat!" at the Frigid Festival

An autobiographical solo play that tells of a little boy who stutters, reads comic books and dreams of becoming a professional magician. While this is not your traditional magic show, Torkova's unique... Read more 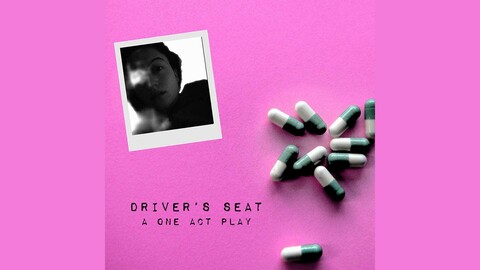 "Driver's Seat" at the Frigid Festival

A one-woman show, based on true events. A story of living with disability, a mental health crisis and hospitalization, a once-in-a-lifetime heartbreak, coming out as queer, and possibly learning how t... Read more 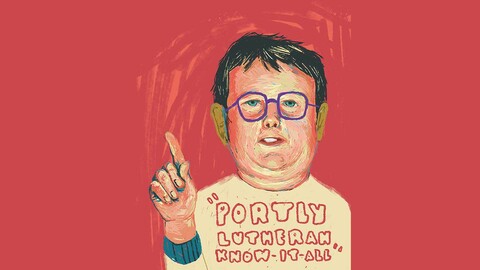 When faced with the prospect of attending a religious middle school, Matt Storrs, a portly Lutheran boy, decides to act out for the first time in his life. Clashes with religion, sexuality, and mandat... Read more 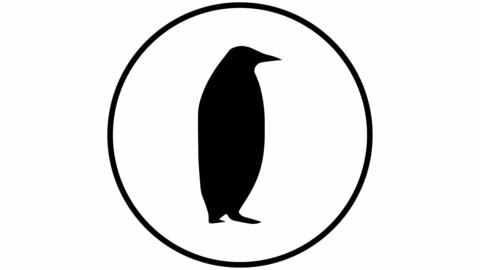 "Love & Sex on the Spectrum" at the Frigid Festival

An atypical romantic comedy that explores all of the awkward firsts that come with dating, sex and love from a late bloomer's perspective. Being on the autism spectrum is challenging enough, now add d... Read more 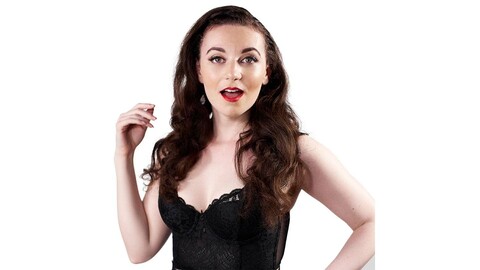 "The Pleasure's Mine" at the Frigid Festival

Comedian Molly Brenner (Edinburgh Fringe) chronicles her long journey to her first orgasm and explores other wanton pleasures along the way. Directed by Elizabeth Bennett ("The New One"). "Molly Brenn... Read more 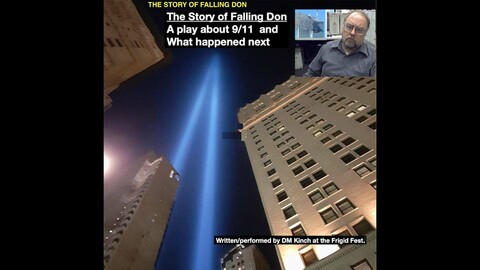 "The Story of Falling Don" at the Frigid Festival

The true story of author/ performer Daniel Kinch’s first day on a new job across the street from the Twin Towers, which happened to put him in his new office at 9 AM on 9/11/2001. The office he work... Read more 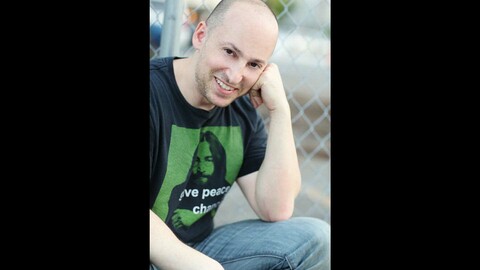 "Three Funerals and a Chimp" at the Frigid Festival

Brian Schiller's autobiographical stand-up narrative about the deaths of his mother and brother which precipitated his move to Southern Florida and becoming a live-in caregiver to his dad for four yea... Read more 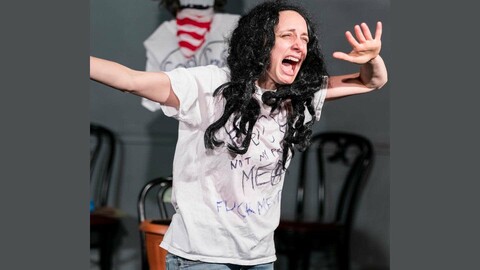 "Smile All the Time" at the Frigid Festival

In this makeshift puppet-filled tragicomic romp, sixteen-year-old Kevin re-enacts the wild series of events that landed him in prison for an imaginary audience inside his cell. Created and performed b... Read more 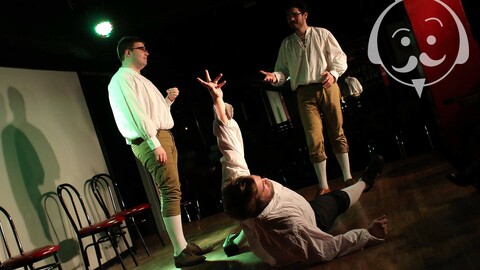 If there's one problem with the 884,647 words William Shakespeare wrote it's that they've all been performed already. What about the virtually infinite number of words he hasn't written ... yet? The p... Read more

"PimComedy: The Musical" is a musical journey into an artist's mind. Heaven: Heaven on Earth. Good things to come. Love and joy rules . Love and peace. Hell: Darkness reigns. No joy, no peace. Only da... Read more 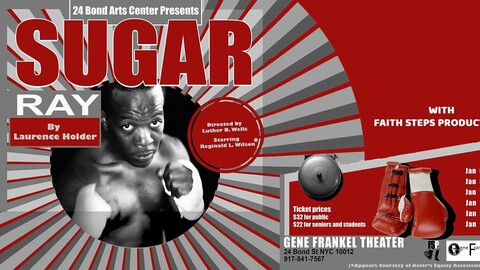 Save on Black Friday Deals 2019: Microwave bundle with Echo Dot

A Jagged #BlackFriday deal is the best kinda deal! Today through Monday, enjoy ✨ 25% off #JaggedLittleBroadway merch with code THANKU. ✨ Plus, enjoy free shipping from December 3 – 31! 🎁 https://t.co/lCMN36N275

This holiday season, give in to @TheTemptations with some @AintTooProudMusical swag! Today only, get free shipping with any purchase of $50 or more. https://t.co/Y41L2DelpW pic.twitter.com/w446nFuvO4

COME TO TIME SQUARE @ 6 PM:
A BLACK FRIDAY spiral in 8 Parts.
But come! Party in time square with me and @papijuicebk tonight at 6 PM! Get free tix and @slaveplaybway swag! pic.twitter.com/5GXizZbXPJ